Written by Kira Fines-Kested
Updated over a week ago

Starred participants (e.g. Instructor, Guest Instructor, or Assistant roles) can change and control the content of the stage panes by:

Selecting resources, polls and participants from the directory

Starred participants can manually fill stage panes with participant videos, resources, and polls. They can be moved to different panes as often as you want, but a given resource or student video can not appear in more than one pane at the same time.

Click the Resources icon in the sidebar for a list of resources or the Poll icon in for a list of polls. You can click on a list item to display it in a 1-up on stage, or drag it to a specific pane. 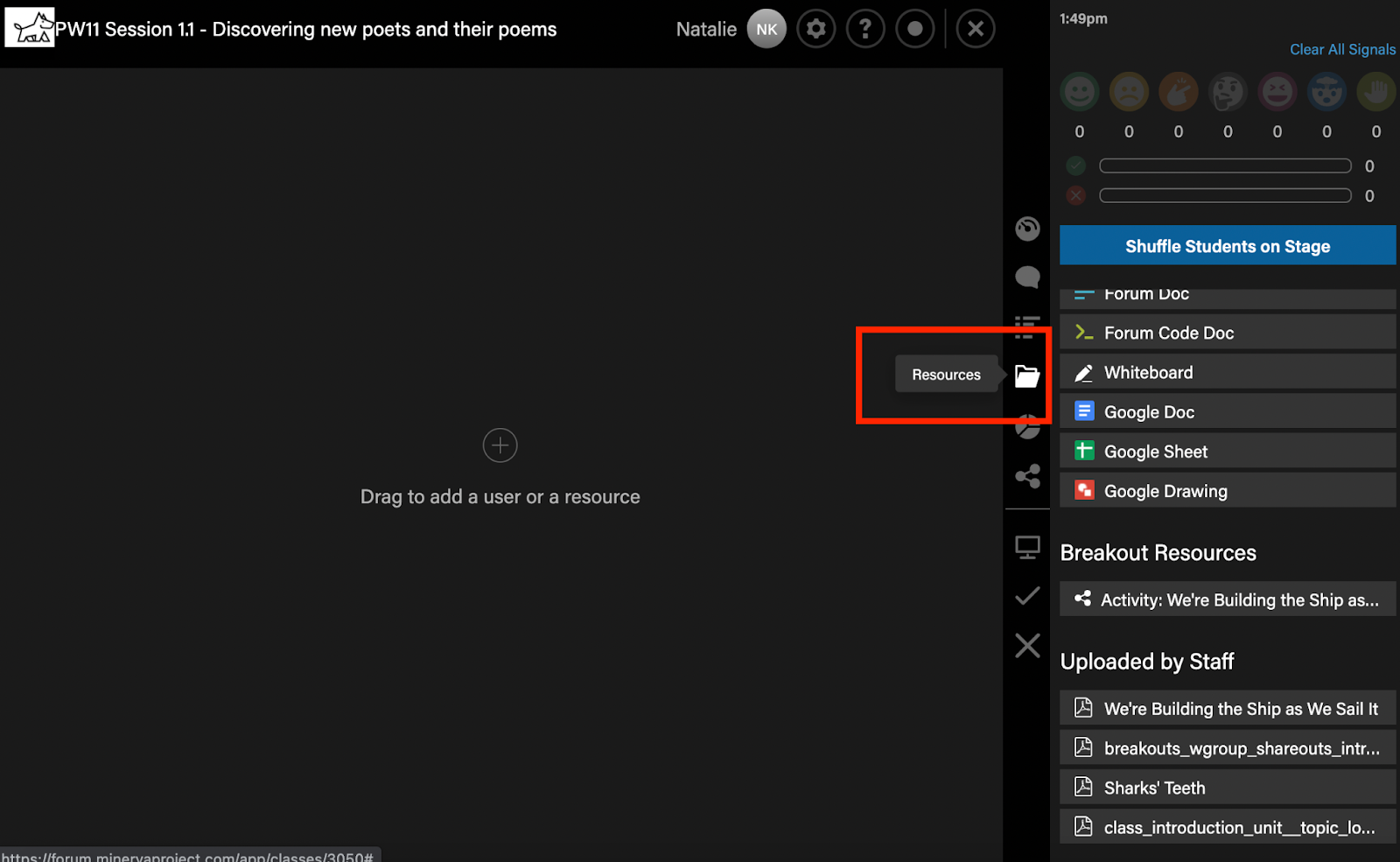 A starred participant may pin a participant to a pane on the stage by clicking the pin icon that appears when hovering over that participant.

Clicking the pin icon will toggle between Unpinned and Pinned. 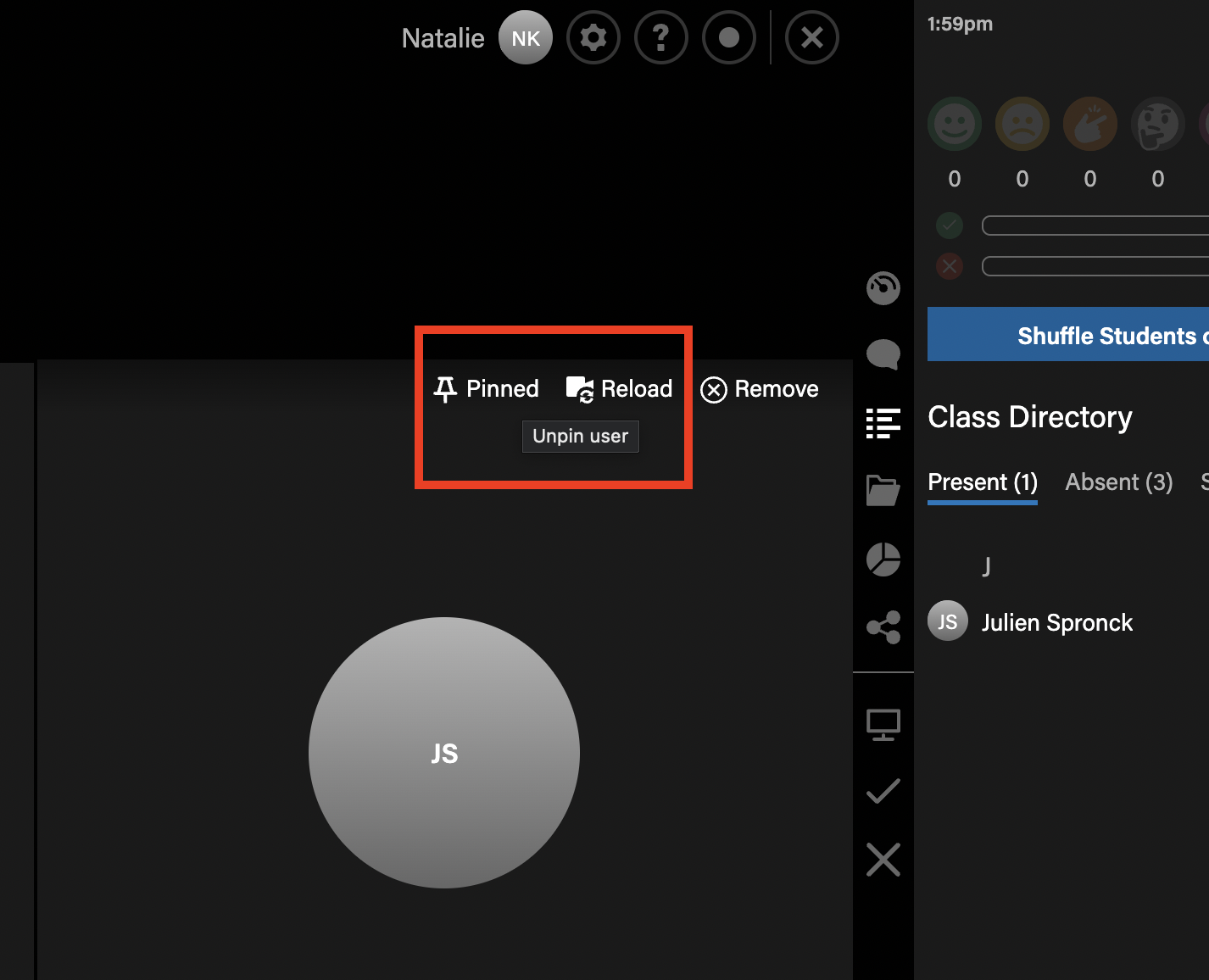 Pinning a participant to a pane will keep them in that pane on the stage until:

When a participant is pinned:

Sometimes participants are automatically pinned, such as when featuring a breakout group. 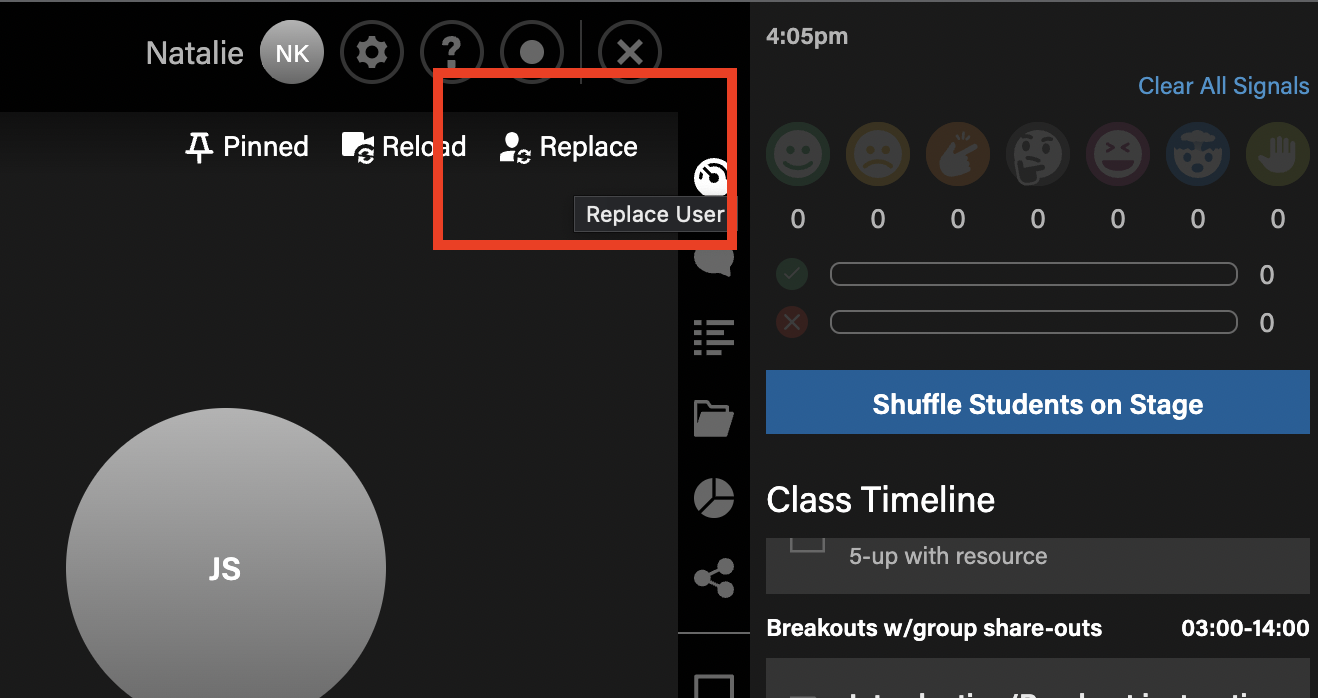 In small classes, the Shuffle Students on Stage button will shuffle general participants on stage (unless pinned). Forum will prioritize picking students based on a variety of factors, such as if a student has low talk time. Students who do not have functional microphones will be deprioritized.

To remove everything and everyone from the stage, click the settings menu (gear icon) and then click ‘Clear Main Stage’. You can also accomplish this by pressing the ‘E’ key.

Did this answer your question?